Was this article useful?
Click the thumbs up >
BMW’s test mules for the next-generation 7-series have hit the road, three years ahead of the limousine’s launch.

The early prototypes – with their weird wheelarches and slightly raised bonnet – may not reveal it yet, but this 7-series will usher in a new era for BMW styling, just as its predecessor did in 2001. 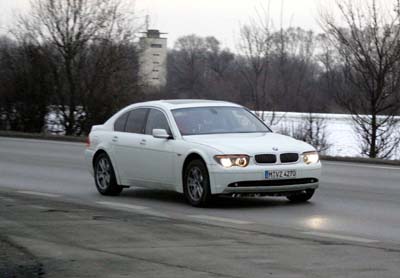 Today’s E65 7-series launched the Chris Bangle design language, marked by concave and convex surfaces, an accentuated boot the size of Luxembourg and shrieks from critics. The team designing the new 7-series is led by Adrian van Hooydonk, Bangle’s right-hand man. Although the sporty design is still a work in progress, sources say the change will be pronounced. It will look smaller, less brutish and more lithe than today’s battleship, although its overall size won’t change much.

The contoured surfaces will be simplified – following the new 3-series’ example – and the boot more seamlessly integrated. Geometric, two-piece headlamps are also a possibility. The look should be less flash than today’s Mercs and Audis, more in keeping with Lexus’ eye-catching but less polarising design.

Naturally all Sevens will be automatics, but with a manual over-ride function. And, of course, the new 7-series will be packed with technology. The very latest air suspension is claimed to combine serene damping when cruising and a taut ride on the twisties. 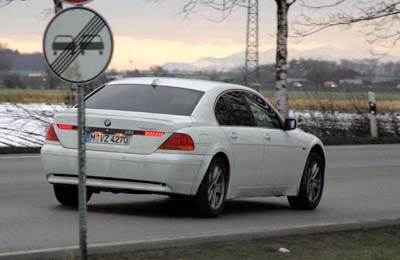 The first fruits of BMW’s hybrid powertrain alliance with GM and Mercedes should also appear on the new 7-series. The latest six, eight and 12-cylinder engines will figure.

And for the first time since 1968, dealer paperwork will no longer carry one of BMW’s hallowed E-numbers – the new Seven is being developed under the codename F01, with the long-wheelbase version dubbed F02. There’s no greater confirmation needed that this 7-series marks a new beginning.

BMW will again use its flagship to introduce a new look, but one that is less controversial