More power for Audi A4

Was this article useful?
Click the thumbs up >
The latest Audi A4 3.0 TDI quattro is available to order now and has had a power upgrade to 231bhp from 202bhp.

The six-cylinder unit with common rail direct injection and piezo injectors made its A4 range debut in the new A4 Cabriolet, and propels the A4 3.0 TDI quattro Saloon to 62mph in 6.8 seconds on the way to a top speed of 152mph. It manages to deliver the same 36.7mpg combined fuel economy figure as its 202bhp predecessor. This latest engine is also equipped as standard with a diesel particulate filter (DPF) to minimise particulate emissions.

Audi will offer the A4 3.0 TDI quattro with a free upgrade to SE specification at no extra costs until June 30. 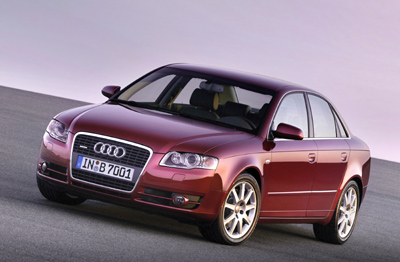 It will be available to order in April for first deliveries in June.

The 5.2-litre V10 FSI 448bhp petrol engine was developed using the Lamborghini Gallardo’s 5.0-litre unit as its technical basis. It is linked to six-speed tiptronic automatic transmission and reaches 0-62mph in 5.1 seconds. 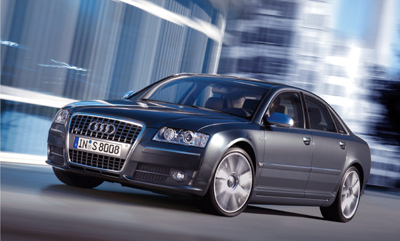 AM Poll
Will e-scooters and micromobility reduce UK car ownership by 2030? Please leave a comment
Vote
View all
3206