"The XK Coupe emerged as a clear champion. Perfectly proportioned from every angle, and designed by Scotsman Ian Callum the XK is also thoroughly accomplished on the road."

The ‘Car of the Year’ award for the XK was collected by Jaguar’s UK managing director Geoff Cousins who said: "The XK made an immediate impact in the UK when it was launched in March this year and already more than 2,000 customers in the UK have taken delivery, with Scottish dealers recording a 57% growth in XK sales compared to 2005.

"Scotland continues to be a significant market for us, with more than 1,100 vehicles sold this year while XJ sales have increased by 40% since 2005." 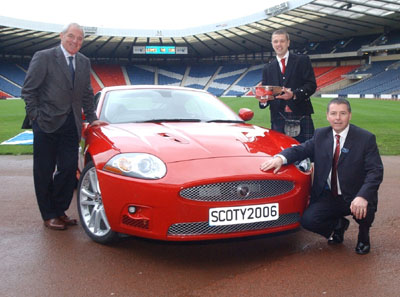 AM Poll
What is your take on the car retail sector's ongoing vehicle supply shortages? Please leave a comment
Vote
View all
3533