Was this article useful?
Click the thumbs up >
Jean-Martin Folz, CEO of PSA Peugeot Citroën and Sergio Marchionne, CEO of Fiat, unveiled a new family of compact light commercial vehicles at the Sevel Nord plant in Northern France today.

To be launched in mid-January 2007, the newcomers succeed the Peugeot Expert, Citroën Dispatch and Fiat Scudo, and keep their respective names.

The new vehicles are available with volumes of five to seven cubic metres and payloads of 1,000 and 1,200 kg.

In addition, the two groups are extending their ranges with a new passenger vehicle offering, the combi-van, an MPV seating up to nine passengers.

The new vehicles for both groups are produced in Valenciennes, at the Sevel Nord plant, with a workforce of nearly 4,400 employees and producing up to 130,000 units a year in three shifts. 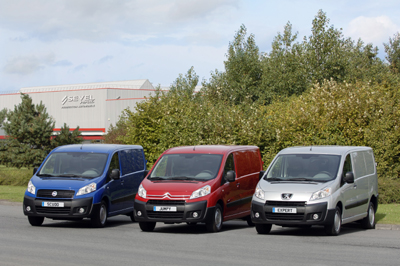 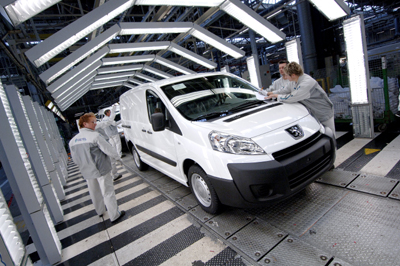