Nissan at the Geneva Motor Show 2006

Was this article useful?
Click the thumbs up >
Nissan Europe will present two new concept cars at the Geneva Motor Show in March.

The Nissan Terranaut is a new 4x4 vehicle which is intended for ‘scientists, geologists, archaeologists or other adventurers who travel in challenging environments’. 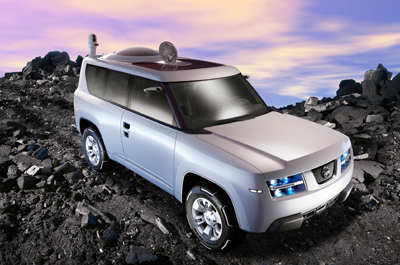 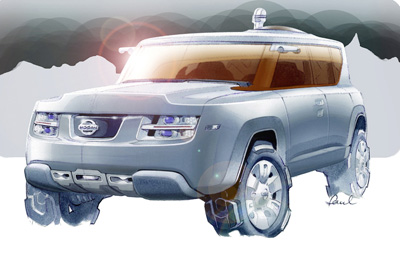 Its cabin is designed to accommodate three people – a driver, a passenger and, in the rear, where a scientist or specialist will have space to operate a computer console.

To accommodate the laboratory area within the cabin, the co-pilot’s side of the car has one door, while the other side has a pair of swing doors and no central B-pillar.

Nineteen-inch wheels are covered by tyres specially constructed for Terranaut by Goodyear. Puncture proof, they function as conventional road tyres when the vehicle is being driven normal roads but, they can also change by changing air pressure, transforming themselves into off-road tyres.

The Pivo is a battery-powered city car, first seen at the Tokyo Motor Show in October 2005. It is powered by a Nissan-developed compact lithium-ion battery and Nissan’s own electric ‘super motor’. 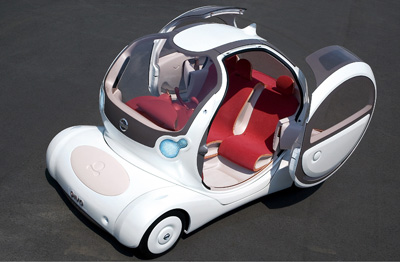 The Pivo is a three-seater despite being 2,700mm long from bumper to bumper. Its cabin pivots 360 degrees, which Toyota believes will cut out the need to ‘ever reverse again’. The Pivo can be driven straight into a parking slot and, once the body has been swivelled around to face the opposite direction, driven straight out again. It is fitted with Nissan’s ‘around view monitor’.

Cameras mounted on the outside of each A-pillar relay a picture of the surroundings to screens within the pillars turning them into virtual windows. More cameras mounted at both ends and on both sides of the car allow the AVM to generate a 360-degree view of the car’s surroundings on a dashboard monitor. An new image processing technique converts these images into a single bird’s-eye view.