Was this article useful?
Click the thumbs up >
Nissan’s Sunderland plant has produced more than three million cars for export.

Prime Minister Tony Blair and Carlos Ghosn, Nissan president and CEO, congratulated staff at the plant for reaching the achievement and also for adding the new Note model to production lines.

Blair said: "Last time I visited this plant, it was to witness the successful launch of the Micra. I’m delighted to be here again today to see yet another new model coming off the production line.

"The global car market is extremely challenging, and I applaud everyone here for proving that the UK manufacturing sector has the ability to compete at the very highest level."

The Note joins the Micra, Micra C+C, Almera and Primera as the fifth model being built at Sunderland. A new crossover vehicle based on the Qashqai concept will also be produced at the factory in December.

Since production began in 1986, more than 4.1 million cars have rolled off the line. Around 75% of the plant’s production has been exported to more than 45 markets around the world.

Nissan said the new models would give Sunderland the potential to produce around 400,000 units a year by 2007. 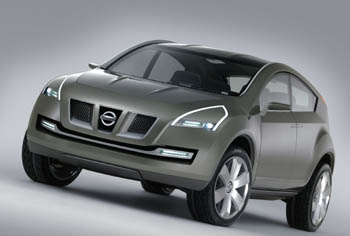 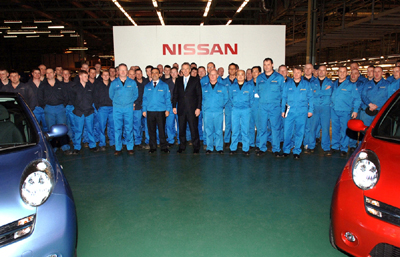 Blair and Ghosn celebrate with the Sunderland staff