Mazda design boss puts the UK case for the CX-9

Was this article useful?
Click the thumbs up >
Mazda’s UK retailers could benefit from having the large CX-9 SUV crossover in their showrooms to join the smaller CX-7 counterpart, according to the company’s head of design Moray Callum.

While the official brand line is “the chances of CX-9 selling in the UK are remote because of its size”, Briton Callum says: “In this business I’ve learned never to say never. So if there is interest and demand it could go to the UK and Europe.”

Officially, the 4x4 or front-wheel-drive CX-9, with three rows of seats and a 3.5-litre V6 petrol engine, is aimed at the North American market but the smaller CX-7 was originally not scheduled for UK consumption and it is now widely predicted to arrive in late 2007.

While the CX-7 will have a diesel power option following its introduction with a 260 bhp, 2.3-litre turbo petrol power unit in the first half of next year, there are no plans to apply diesel technology to the CX-9. 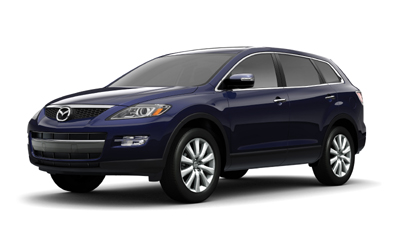