Was this article useful?
Click the thumbs up >
Two limited edition sports cars designed by the man behind the Aston Martin DBS that James Bond will drive in Casino Royale are about to make their debuton Britain's roads.

The Fisker 2006 Tramonto and the 2006 Fisker Latigo CS will both be exclusively available through The Car Finders International.

There will be 150 of each model both designed by former Aston Martin chief designer Henrik Fisker. Only single figures will be made right hand drive for the UK market.

Production of the Tramonto and the Latigo began two months ago, and the first one will be seen in the UK in the autumn.

Orders are now being taken for delivery in the UK, with customers able to choose their personal car number - any number between 001 and 150. 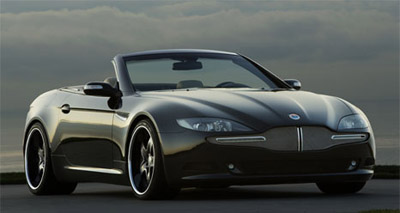 The Tramonto is based on a Mercedes-Benz SL chassis, is a two-seat convertible, delivering 610bhp and 0-60mph in just 3.6 seconds. The top speed of the five-speed automatic is electronically limited to 202mph. 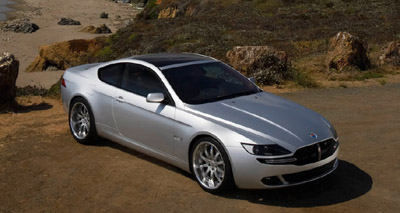 The Latigo is based on a BMW 6-series. As in the Tramonto, all electronic, telematic and safety systems remain untouched from the original manufacturer, and every original vehicle option is available. An elegant coupe, the Latigo six-speed manual delivers up to 500bhp, 0-60mph in 5.6 seconds and has a top speed of 155mph.