Was this article useful?
Click the thumbs up >
Porsche’s Boxter and Boxter S will be given more power in their new model year versions when they go on sale in August.

Porsche says average fuel consumption has been improved by 1mpg to 30.4mpg.

The Boxster S engine, which has been increased in size from 3.2 to 3.4 litres, develops 295bhp, 15bhp more than its predecessor.

The Boxster S sprints from 0-62mph in 5.4 seconds. It has a top speed of 169mph, an increase of 2mpg over the last model. Its average fuel consumption is 26.6mpg.

Both engines are now equipped with VarioCam Plus valve control.

The Boxster and Boxster S can be equipped with the revised ‘Tiptronic S’ transmission, which has new hydraulics and electronics as well as variable shift programs.

The Boxster and Boxster S will also be available with the 19-inch ‘Turbo’ forged alloy two-tone wheels that were developed exclusively for the new 911 Turbo. For Boxster models, they are offered as an option.

Both models can be fitted with the new Porsche Vehicle Tracking System as an option. First deliveries of these revised Porsche Boxster and Boxster S models will begin in the UK in August and cost from £33,170 and £39,850 respectively. 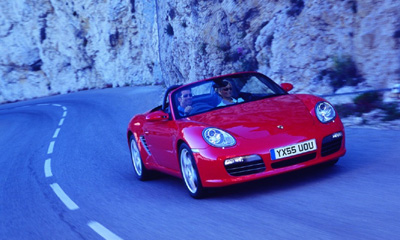 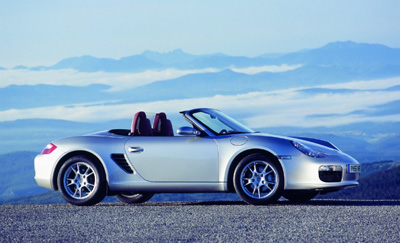