Was this article useful?
Click the thumbs up >
PSA Peugeot Citroen has seen a slight increase (0.6%) in sales for the first six months of the year.

PSA expects sales to return to growth in Western Europe in the second half of this year. It also predicts that sales outside of Western Europe will continue to rise. 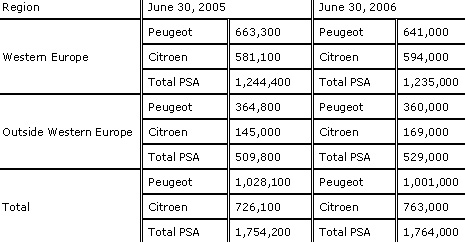