Was this article useful?
Click the thumbs up >
Fiat will be showing off its gargantuan Oltre at London’s Viva Italia Show, which will be celebrating all things Italian on September 22 at the National Hall, Olympia.

The new vehicle is derived from the Iveco LMV, (Light Multirole Vehicle), a new military off-roader that includes new technical features and has already won the FCLV (Future Command and Liaison Vehicle) contract for the British Army.

The Oltre was first exhibited at the Bologna Motor Show last year, and is powered by a turbocharged 3.0-litre common rail diesel engine producing 185bhp and driving through a six-speed automatic transmission.

Despite weighing over seven tonnes, the Oltre has a top speed of over 70mph, has a payload of around three tonnes and can seat up to five people while negotiating longitudinal gradients of 80%, and tackling rivers, lakes and streams up to a depth of 1.5 metres. 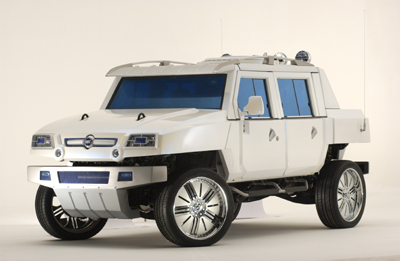 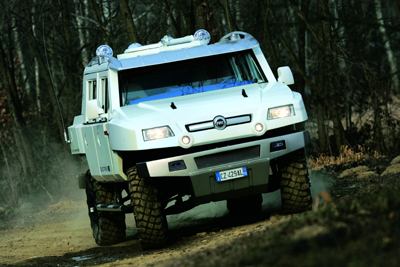