Was this article useful?
Click the thumbs up >
Peugeot will launch its fourth Design Competition at the Paris Motor Show on September 30.

Internet users will be able to submit their designs for a new Peugeot model based around a set theme. They must base their designs on Peugeot’s ‘PLEASE’ philosophy.

The car must be ‘pleasurable to drive, lively, efficient, accessible, simple and ecological’.

The winner of the competition will receive €6,000 (£4,076), a lifesize model displayed at the Frankfurt Motor Show 2007. The winning car will also feature in a forthcoming Xbox 360 game.

The competition is open to participants over the age of 14 who must submit their entry via the interactive website www.peugeot-concours-design.com. Participants can submit as many entries as they wish and each entry can be accompanied by one or several drawings or 3D model designs but must be supplemented by an explanatory text. Entries should be submitted between October 16 and December 4.

Over the previous three competitions Peugeot has received almost 9,000 projects from 6,300 different competitors. Previous winners are Marko Lukovic from Serbia with his ‘Moonster’ concept (2000-2001), Stefan Schulze from Germany with the ‘Peugeot 4002’ (2002-2003) and André Costa from Portugal with his ‘Moovie’ concept (2004-2005). They are shown in order below: 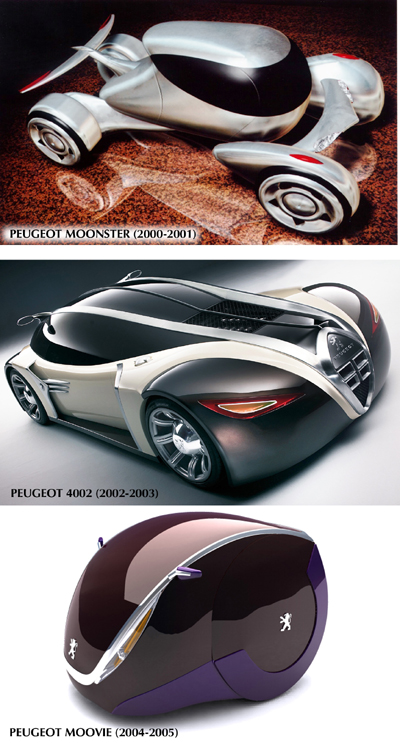