Was this article useful?
Click the thumbs up >
Small car owners lost the least amount of money in terms of depreciation in 2006, according to the latest research from Parker’s Car Guides.

Nine out of the top 10 cars that saved their owners the most amount of cash in over a year of ownership were small hatchbacks. These findings also highlight an increasing trend among buyers to opt for smaller cars that tend to be more economical and better for the environment.

The best of the small cars was the Toyota Aygo. On average it lost just £2,000 – less than any other car on sale in the UK last year. This works out at the equivalent of £40 a week.

The Honda Jazz came second for losing the least cash in a year, followed by the Peugeot 107 and Citroen C1, both sister cars in the PSA/Toyota partnership.

Kieren Puffett, editor of Parker’s Car Price Guide, said: “Small cars today do nearly everything that larger ones further up the range do. They’re well equipped, frugal and often come with space-maximising practicality.

“Demand is strong for the best models, which keeps prices high. Last year it was seven in the top ten, this year it’s nine. It’s a trend that shows no sign of stopping.”

Cars that lost the least cash in 2006 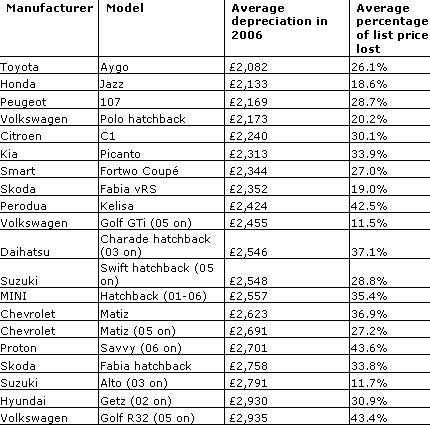 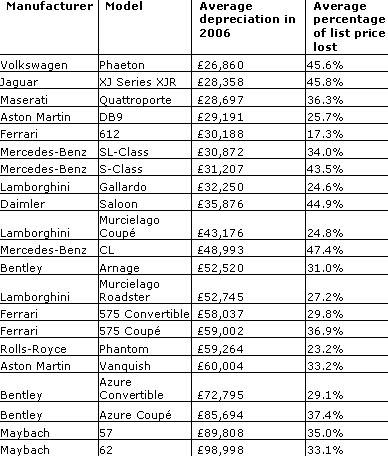