Was this article useful?
Click the thumbs up >
SMMT has announced that Paul Everitt will be its new chief executive. He will take over from Chris Macgowan on January 2, 2008.

Everitt is currently director of civil air transport and communications at the Society of British Aerospace Companies, where he has responsibility for environmental and safety issues, as well as leading its media team and government relations programmes.

Before joining SBAC, Everitt was head of communications, economics and policy at SMMT.

Everitt said: "The SMMT has an essential role in creating the conditions for a successful UK automotive industry.

"The UK automotive industry has world-class companies and individuals working throughout the lifecycle of its products - from design to disposal, from globally competitive manufacture to leading edge sales and service. I will do all I can to promote its achievements, create the conditions for further success and represent its interests in Whitehall, Brussels and beyond."

Everitt was previously deputy director of the British Road Federation and has more than 17 years experience of public policy and media campaigns in the transport sector.

Meanwhile, Macgowan, is not coasting into retirement from the SMMT after firing a broadside against politicians jumping on the ‘green’ bandwagon.

The SMMT has protested against the green taxes being imposed on the motor industry and its customers, while other industries escape more lightly.

Macgowan said: “I will not tolerate politicians who point the finger at the motor industry saying that we are the problem and should be legislated to hell and back. The industry recognises that it is part of the environmental problem and has been addressing it. There are other industries with a much worse record. What we need is a carefully managed environmental strategy.” 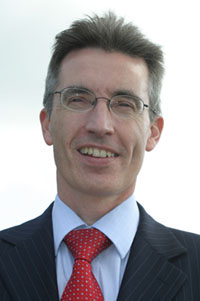