Was this article useful?
Click the thumbs up >
Ford has released the first image of the high performance RS version of its newly facelifted Focus hatchback, which it has confirmed is due for launch in 2009.

The model will be based on the new Focus ST, with ongoing development by Ford Team RS, the manufacturer’s specialist performance team, led by Jost Capito.

A concept version is expected in mid 2008, and full details are expected closer to the launch.

John Fleming, Ford of Europe's president and CEO said: "With two consecutive Manufacturers' World Rally Championship titles under our belt, the time is right to create a new Focus RS.

"We're not ready to confirm any of the technical details yet, Jost and his team have a lot to do to finalise the exact specification and styling.

"But make no mistake, I can assure you that ultimately the car we plan to launch will be worthy of wearing the coveted Ford RS badge." 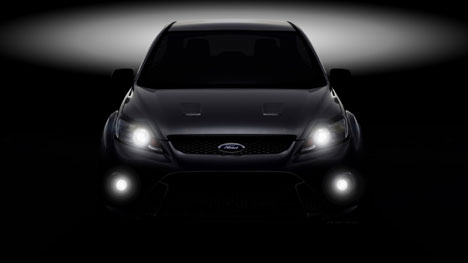