Was this article useful?
Click the thumbs up >
Fiat hopes its new Bravo will make dealers forget the Stilo’s underwhelming achievements. It flew 220 dealers and key fleet customers from the UK to Rome for a VIP launch of the new five-door hatch.

Giulio Salomone, Fiat UK managing director, says Grande Punto has been a big step forward but Bravo is the next important car, as it needs to compete successfully in the C-segment, which accounts for a quarter of UK registrations.

The Bravo has a good choice of engines and the interior is a good result for Fiat, but the price has to be competitive and accessible; whole life costs, from servicing, maintenance and residuals, must be competitive. He says that he needs more corporate-orientated dealers, who will invest in the fleet programme and training.

Martin Ward, manufacturer relationship manager at CAP, joined dealers on the launch. He says: “If Bravo is priced right it will sell. It looks good, seems to be well put together, and has a great interior. The downside is it has only taken 18 months to produce, which must be a record.

Nobody will say how much of Stilo is under the skin, and whether reliability has really been conquered.”

Simon Watts of Piccadilly Fiat, Wakefield, says: “There is lots of passion selling Fiat cars, and the launch of the Bravo will help us sell more cars. The Bravo is well built, and for the first time we have a real competitor in the C-segment.”

Mark Burdon of Wentane Motors, Stockton-on-Tees, says the Bravo is “light years ahead of Stilo” and is the first time that Fiat can actually compete in the C-Sector.

“Since the launch of the Grande Punto we’ve have had very few failures, and I hope unreliability is a thing of the past,” he adds.

As a small independent dealer he feels that he cannot be as competitive on price compared to larger dealers and groups, but can distinguish his business through better service. “If the Bravo is priced right, then we could be onto a winner,” he adds.

Peter Vosper, of Vospers of Plymouth, agrees. “Quality has much improved since the launch of Grande Punto.” 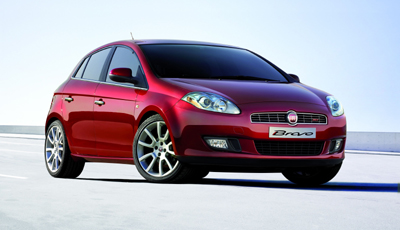