Was this article useful?
Click the thumbs up >
Volvo will launch its new V70 in the UK in October.

The new model will be available with a new T6 six-cylinder 3.0-litre petrol engine.

This flagship powertrain is joined by a 236bhp 3.2-litre derivative of the same engine.

The petrol engine line-up is completed by Volvo’s 2.5 litre five cylinder engine with integrated turbocharger, which posts outputs of 198bhp. A bio-fuel E85-compliant version of this engine with 143bhp will join the range towards the end of the year.

The V70 will also be powered by two versions of Volvo’s 2.4-litre five-cylinder turbo diesel engines. Expected to be key sellers in the UK market, these second-generation Euro IV-compliant powerplants generate 183bhp and 161bhp respectively.

All engines in the V70 range are hooked up to Volvo’s six-speed Geartronic transmission, which gives the choice of automatic or manual shifting. The flagship T6 model comes with a Sport mode for quicker gearshifts, while the 2.4D, D5 and 2.5T are also available with a six-speed manual gearbox.

The V70 can also be fitted with active bi-xenon headlamps, adaptive cruise control with collision warning and brake support, and emergency brake lights. A radar that constantly monitors the front of the car will activate a head-up display warning light and buzzer if the car approaches another vehicle from the rear with no driver reaction. Once alerted, if the driver still does not react, then the brakes are pre-charged to minimise impact.

Other key safety features include Volvo’s blind spot information system, hydraulic brake assist, optimised hydraulic brakes and personal car communicator (PCC). The PCC can be used to lock, unlock the car and also tell the owner if the alarm has been triggered or, using a heartbeat monitor, if someone is in the car.

Prices will be announced in early June. The V70s will reach dealers in September and first customer deliveries will start in October. 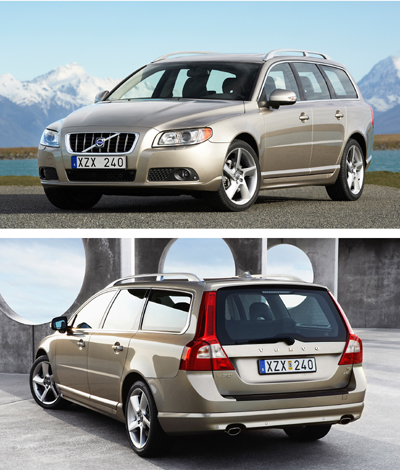 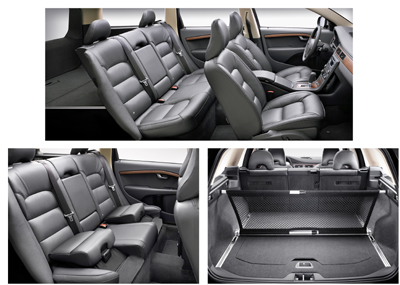