Was this article useful?
Click the thumbs up >
Mini dealership, Robert Stern, has been named ‘Mini Dealer of the Year 2006’.

All 150 Mini dealerships were judged on a variety of performance indicators including new and used sales.

Robert Stern, which also won the award in 2005, ‘proved the most successful at all-round business excellence throughout 2006 combined with exemplary customer service’.

Andy Hearn, Mini UK general manager, said: "To win this once is a tremendous achievement, to win it two years in succession is remarkable and shows the results of hard work, passion and commitment in providing the best customer experience.

"This level of commitment is reflected across the dealer network with an investment figure close to £40 million in the last two years."

Colin Capewell, Robert Stern dealer principal, said: "We’re incredibly proud to receive this award for a second year running and my thanks go to our fantastic Mini team for making this happen.

Our business has developed dramatically over the past two years and it is a credit to Robert and Deborah Stern, and of course our staff that we have been recognised by Mini UK for this." 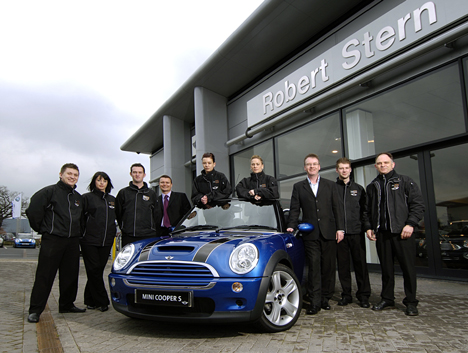 AM Poll
How has the COVID-19 pandemic affected your attitude or mental health? Please leave a comment
Vote
View all
1828