Revealed: the car that lost £13 per mile in value

Was this article useful?
Click the thumbs up >
Auction group BCA is claiming a new record UK auction value for a current production model, selling a Rolls-Royce Phantom at its Nottingham Top Car Sale for £208,000 earlier this month.

Bidding on the Rolls-Royce, which cost £275,000 when new, started at £140,000 and quickly rose – initially in £5,000 increments - as bidders competed for the car both in the auction hall and over the internet via BCA’s LiveOnline service. The Phantom was registered in 2005 and had covered just 5,000 miles from new.

The Phantom set a record for the highest sold price for a modern car ever achieved by BCA. The previous figure of £192,000 was recorded by BCA in 2005 – also for a Rolls-Royce Phantom and also at BCA Nottingham. 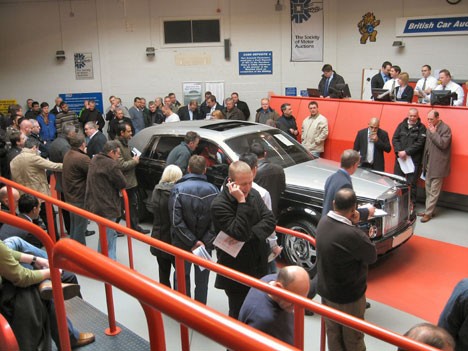 Paul Dunn, BCA national account manager, said: ‘We had hundreds of buyers attending the sale, but the auction hall fell silent when this very rare car was offered. The atmosphere was electric and when the hammer came down two-and-a-half minutes later there was a round of applause from the buyers packing the auction hall.’