Was this article useful?
Click the thumbs up >
Hyundai has started construction of a €1.1 billion (£750m) manufacturing plant in Nosovice, Czech Republic.

Hyundai Motor Manufacturing Czech (HMMC), a fully-owned subsidiary of Seoul-based Hyundai, will build the i30 hatchback, i30 estate variant and a compact minivan at the new site when building finishes in March 2009. The new factory will have the capacity to build 200,000 vehicles annually, increasing to 300,000 by 2011.

Hyundai has already invested $50 million (£34.1m) in a European design and technical centre, in Germany, which designed the i30 hatchback and wagon. It also recently opened a new European sales and marketing headquarters in Offenbach, Germany, to support local sales.

Hyundai said the Czech plant is the final link in the chain, giving it full capability within Europe, from design and engineering, to production, marketing, sales and after-service.

Initially, it is anticipated that 2,845 new jobs will be directly created by HMMC. An additional 675 jobs will be created by the second phase expansion, bringing the total direct employment at HMMC to 3,520 people.

It is expected a further 4,000 jobs will be created at supplier level. 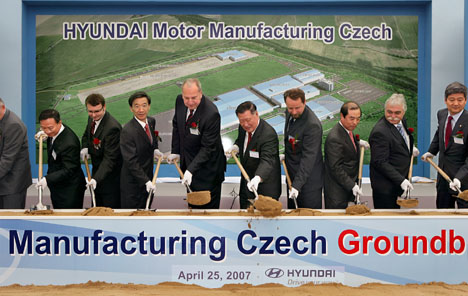