Was this article useful?
Click the thumbs up >
Ford's Dagenham factory is on target to produce an annual output of 1,000,000 engines by 2009 due to the introduction of two new diesel engines.

The wind-powered Dagenham Diesel Centre (DDC) is celebrating the successful launch of its low-carbon 1.4 and 1.6-litre Duratorq TDCi turbo diesel engines. The new engines were part of a £130 million investment programme.

Production of the larger engine is now underway, with the 1.4-litre unit to be added in June. These diesel engines power the Fiesta, Fusion, Focus and the Ford C-MAX. The engines are also used within the wider Ford family in Volvo and Mazda models.

Around 250 extra assembly operators to date have been employed at the DDC in readiness for the start of production.

Dave Parker, DDC plant manager, said: "This new engine output for Ford Dagenham reinforces that Britain is a good place to do manufacturing business. "Key to this success story has been the teamwork which secured this multi-million pound investment and then got production started in record time." 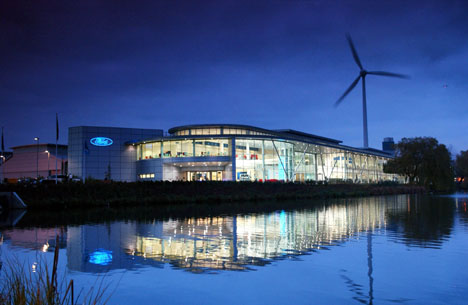