Was this article useful?
Click the thumbs up >
Kia will unveil its face lifted Picanto city car for the first time at the Barcelona Motor Show on June 7.

A rounder nose and deeper rear bumper make the new model 40mm longer than its predecessor. Further changes in the Picanto's looks are a result of new panels on the bonnet, front wings and front and rear bumpers.

The new Picanto will feature an upgraded interior that can be specified in five new colours to complement the nine new exterior colours on offer.

Kia has revised Picanto’s power steering, as well as its audio system.

Jean-Charles Lievens, Kia Motors European vice president, said: “The Picanto has been a great success for Kia, achieving more than 250,000 sales across Europe in a segment where we previously had no presence.

“Now we have refreshed our small car, upgrading its equipment and introducing a range of customer benefits, we aim to maintain its appeal and expand sales to 90,000 units annually over the next few years.” 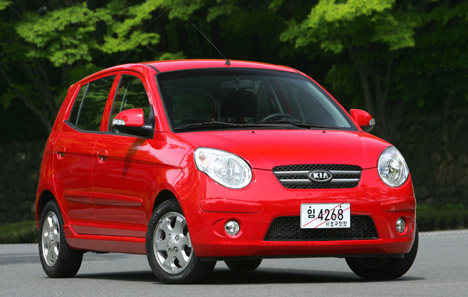