Was this article useful?
Click the thumbs up >
Speaking at the Frankfurt Motor Show today, Land Rover managing director Phil Popham said the business was in excellent shape with sales continuing to grow and profits “never better”.

He forecast sales of over 200,000 for this year, with 30,000 cars being sold in countries where Land Rover did not have any vehicles five years ago.

Land Rover also announced the latest technology in its drive to cut emissions and given an indication of the design direction for future, sustainable models.

From early 2009, an innovative stop-start system will be fitted as standard to all Freelander 2 TD4 manual vehicles.

The system turns off the engine when the vehicle is stationary and automatically restarts it when the driver is ready to move off.

This prevents the engine from unnecessary idling, eliminates wasting fuel and cuts carbon dioxide emissions. It will help to cut CO2 emissions by over 7% from 194g/km to 179g/km.

This equates to a fuel economy improvement in a combined cycle from 37.7 mpg to 41.5 mpg. This means the vehicle moves down from VED Band F to Band E.

Land Rover also provided journalists attending the show a sneak preview of its future design (below) and technology direction in the form of a short animated film showing a concept. 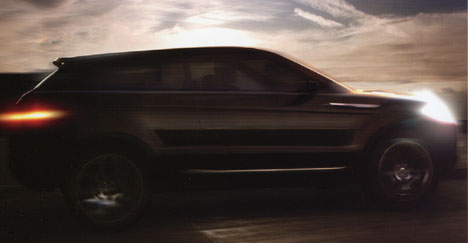 In addition, Land Rover announced a partnership between the world’s largest humanitarian organisation, the International Federation of the Red Cross and Red Crescent Societies, and the Land Rover G4 Challenge, the driving and adventure sports competition. The partnership will raise further awareness of the Federation and help generate funds for its causes. Land Rover is committed to generating £1m for the Federation.