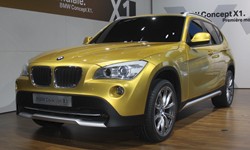 The Concept X1 is BMW’s compact crossover model that’s due to reach showrooms next year.

It looks a bit like a 1 Series that’s overdone the steroids, but it’s actually based on many of the underpinnings of the 3 Series.

It may be an odd-looking vehicle, but if it’s priced around the £20,000 mark as reports suggest, X1 will give BMW customers something to downsize to. 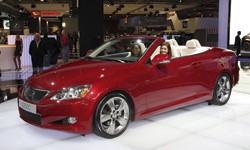 Lexus GB has modest aspirations for the IS250 Convertible. Around 1,000 units are destined for the UK market, where it will compete with the drop-top variants of BMW’s 3 Series Convertible and Audi’s A4.

Most of those buyers will be conquests, experiencing Lexus for the first time. The car comes with a three-piece aluminium folding roof that will drop down in 20 seconds and still leaves decent boot space, according to Lexus.

Lexus does not plan to offer a diesel variant. Only one engine will be offered: a 205bhp 2.5-litre petrol V6, with six-speed automatic transmission and paddle-change. 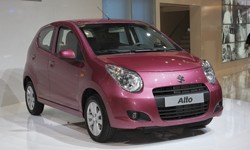 After a three-year absence, Suzuki will return to the A-sector in late March 2009 with the all-new Alto. With pricing likely to start around £7,000 and with a 1.0-litre engine that emits CO2 emissions of just 103g/km and consumes fuel at a rate of 62.7mpg, Suzuki hopes the Alto will take advantage of the current downsizing trend.

Buyers will include men and women in their early 20s and above. They will be able to choose from two trims – GL and GLX – while standard equipment will include iPod connectivity, underlining the youthful target market.

Suzuki has put more emphasis on the car’s styling which has resulted in a “sporty, solid look that exudes urban energy despite the body’s compact dimensions”, according to the company. 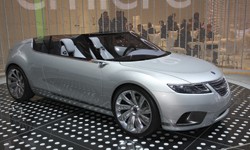 Saab unveiled a convertible concept at the Paris Motor Show which could replace the current 9-3 in about three years.

The sleek design has 20-inch wheels and has a glass rear windscreen which retracts when the roof is folded away.

No production date or price has been set. 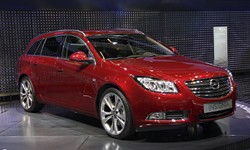 An estate version of Vauxhal’s new Insignia will be available from June 2009.

Two engines are available for the Sports Tourer, a turbo diesel and petrol turbo.

Features include an ability to read and remember road signs and alert drivers if they veer off the road. Prices start from £17,000.