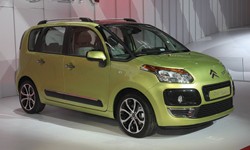 It will be the biggest of the baby MPV models when it is delivered next year and Citroën dealers have every reason to expect the new C3 Picasso to become a bit of a boomer.

But even though it is a box on wheels, individualistic and more adventurous styling should allow this model to appeal to mums on shopping and school-runs and take all-purpose motoring to more youthful buyers.

Significantly, it will allow a British network that sold more than 54,000 MPVs in 2007 to take advantage of a growing sub-sector of the market. 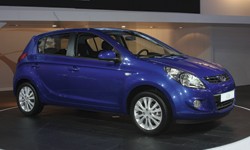 The i20 is Hyundai’s replacement for its current B-segment model, the Getz. The range will include two petrol and two turbodiesel engines.

Hyundai UK hasn’t set prices yet, but told AM it will be priced close to the outgoing model and considerably cheaper than the new Ford Fiesta’s £9,995 entry price. 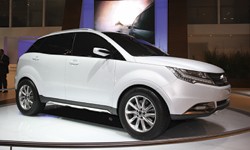 SsangYong will launch the first product in its 20-model launch strategy in the
second half of next year.

Its working title of C200 is unlikely to be retained – Mercedes-Benz would want a quiet word if it was – but the C-sector compact SUV will put the company in a position to challenge other value brands’ products for the first time.

It has a monocoque body – another first for the company – aluminium suspension and a 2.0-litre 175bhp diesel engine allied to six-speed transmission.

SsangYong believes the C200 can compete against the likes of Honda CR-V
and Toyota Rav4, although its more natural rivals will be the Kia Sportage, Jeep Patriot and the Hyundai Tucson. 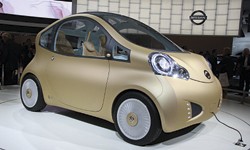 Nissan’s vision for the future of urban cars is seen in Nuvu, literally a ‘new view’.

Compact at three metres long, Nuvu is a concept electric vehicle with 2+1 seating.

It has solar panels which recharge the battery and an aircraft-style steering yoke rather than a wheel. 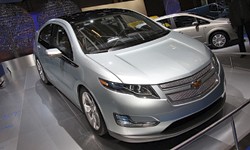 The new electric powered Chevrolet Volt, which will be available in late 2011, will be aimed at the family car market.

The five door hatchback runs on a lithium-ion battery with a range of about 40 miles, backed up by a generator which could run on diesel, petrol or bio-fuel. Prices will start at about £20,000.