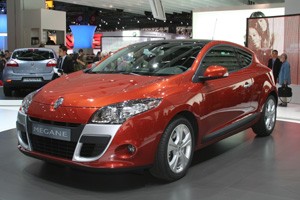 Renault has waved goodbye to the unconventional rear-end styling of its models and has vowed to stop “designing cars for designers".

Patrick Pelata, Renault's executive vice president and leader of the carmaker's European management committee, said while the company had been applauded for daring to be different, he was unimpressed with the sales results.

The new Megane launched at the Paris Motor Show is a lot more conventional in looks and chief designer, Anthony Grade, is pleased with it - even though he was one of those who took the flak over its predecessor.

"We need our backsides kicked"

Grade said: "While Pelata may have been right, you also have to look at the Megane, Vel Satis and Avantime in context. Our brief was to get the vehicles and the brand noticed - make them stand out and we achieved that.

"We took a few risks and ok, maybe a bit like a football team we need our backsides kicked by the manager every so often." 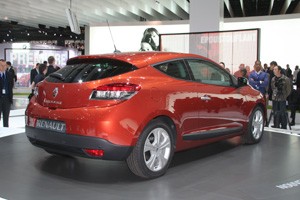 The C-segment is the biggest volume sector in Europe with vehicles such as the Ford Focus, Volkswagen Golf and Vauxhall Astra all competing for a slice of the cake. Pelata called for a Megane that looked more mainstream and less likely to polarise opinion.

Grade said: "We are very pleased with the result and I think people will become even more impressed as we roll out the full model range. The RenaultSport versions are absolutely stunning."

The complete range will include saloon, hatchback, coupe, estate plus long and short Scenic MPV versions - although the UK will not get the saloon.