BMW has revealed details for its new Z4 which will be the first roadster from the German manufacturer to feature a retractable hard-top roof. 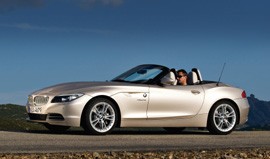 The new model will go on sale in the UK in May and will feature BMW’s Efficient Dynamics. The Z4 Z model will come with M Suspension and drive dynamic control, the latter allows drivers to alter throttle, steering response, ride comfort and gear change times.

The new retractable hard-top roof can be lowered at the touch of a button in 20 seconds.

Customers will have a choice of three six-cylinder engines from launch, a top of the range 306bhp 3.0-litre petrol, Z4 sDrive23i and the Z4 sDrive30i.

For the first time on a Z4 customers can specify a through-loading system for additional storage capability in the boot. A hatch between the two seats permits space for 180-litres to 310-litres, or enough space for a second set of golf clubs. 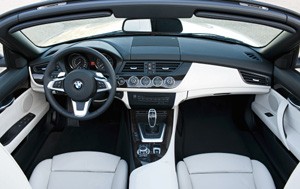