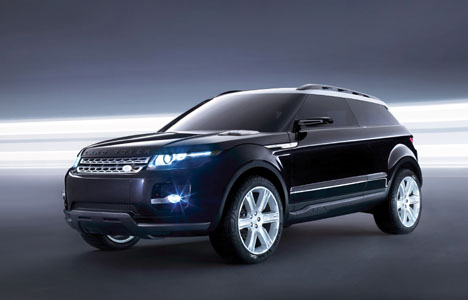 This is the second version of the LRX concept, the first one was shown at the Detroit Motor Show in January.Land Rover will preview its LRX cross-coupe concept at the Geneva Motor Show tomorrow.

No production plans have been confirmed yet for the LRX concept, and both versions will now be used to gauge public, dealer and media response to the cross-coupe concept.

Phil Popham, managing director of Land Rover, said: "We were hugely excited by the positive response that the original LRX concept generated when we showed it at the Detroit Show.

"But we've always seen scope for LRX to provide a whole showroom of different models, with a range of engines including hybrids and bio-fuel capable engines."

The LRX concept also marks an evolution for the Land Rover brand, as the company looks towards lowering the amount of carbon dioxide its models emit. Land Rover says the LRX has the potential to offer 120g/km of CO2 emissions and fuel economy of 60mpg.

The LRX is powered by a 2.0-litre turbodiesel hybrid which can run on biodiesel and uses regenerative braking to save energy.

Popham said: "The LRX concept delivers the powerful message that we are as serious about sustainability as we are confident about the continuing relevance and desirability of our vehicles."