Manufacturers get creative on April Fools

Was this article useful?
Click the thumbs up >
The best of the manufacturers' April Fools news.

BMW has developed a new Canine Repellent Alloy Protection system to add to its EfficientDynamics programme.

The new technology is designed to stop dogs fouling against a BMW’s alloy wheels. Using the EfficientDynamics brake energy regeneration system, energy that would normally have been lost during engine over-run and during braking is harnessed as Rim Impulse Power (R.I.P.).

Whenever a dog tries to relieve itself on the wheel of a suitably-equipped BMW, a small and relatively painless electric shock is immediately administered to the animal, thus deterring it from future fouling.

Dr Hans Zoff, head of automotive security from BMW, said: “Research shows that most BMW customers like to keep their cars clean and dog fouling is a constant irritant.

“Not only does the Canine Repellent Alloy Protection system support this aim, but it does so using energy created through the EfficientDynamics programme. Beauty through engineering perfection – our philosophy in a wheel nut.” 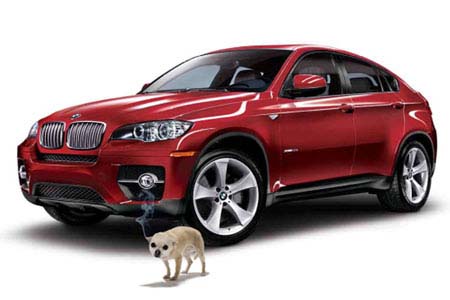 The unique technology has been developed in-house by an elite team of technicians at the Spanish manufacturer’s Martorell HQ, near Barcelona.

The system works by using complex principles similar to those through which electrochromic (auto dimming) rear view mirrors work.

Initially appearing on the SEAT Leon ‘mule’ pictured here, it’s possible that electro reflectivity may one day make it through to production models.

“Quite what happens when an electro reflective car meets a speed camera, though, is anyone’s guess!” 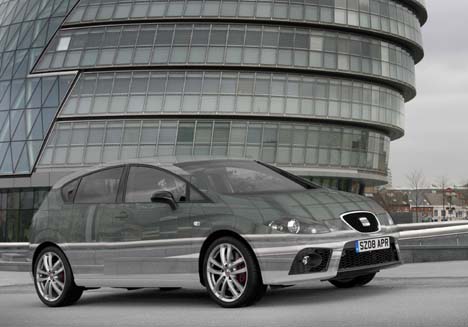 Kia Motors has announced a unique development of its Peter Schreyer-designed sports coupe concept – the Kee_wii.

“The traditional driving controls are replaced by a small ‘controller’ which fits comfortably into two hands. Making steering motions with the small controller will turn the car in whichever direction the driver likes whilst accelerator and brakes are button operated. It is a very simple and intuitive system.”

Kia believes there is an added advantage – passengers can take the controls and enjoy the dynamic drive of the KEE_wii from any seat in the car.

“This is ultimate flexibility,” enthused Josef-Hicks. “If you are travelling in left or right-hand drive countries you will be able to control the vehicle from the correct seat and if a passenger knows a road particularly well they can take control and make the journey more efficient and faster. We have patented this newly developed wireless system known as Full Orthopaedic Operating Logic.

The KEE_wii dynamic control system will be available on new Kia cars a year from today and will then be optional on forthcoming generations of models as they are updated or replaced. 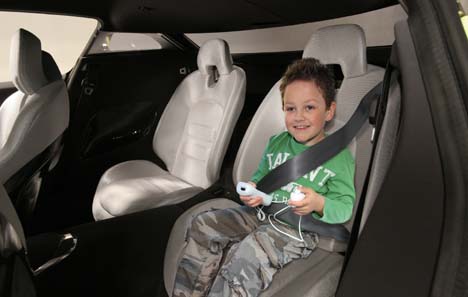 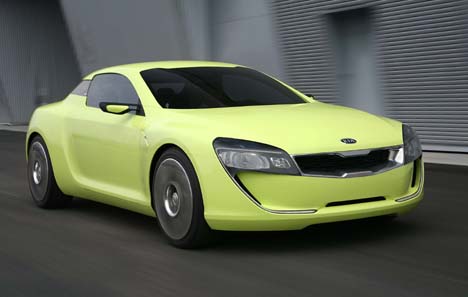