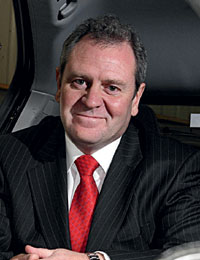 Nationwide Accident Repair Centres is understood to be on an efficiency drive, which has resulted in several bodyshop closures.

A repairer source told AM that its two centres in Luton are being consolidated into one site, which will have shifts operating 24 hours a day.

That follows the closure of five bodyshops in its last financial year.

Chief executive Michael Wilmshurst had not returned AM’s calls as we went to press.

Nationwide recently released its preliminary results for 2007, which showed revenue remained quite flat at £151.9 million, £700,000 up on the previous year.

Growth is expected in 2008 and beyond.

Its last financial year included the acquisition of four bodyshops, and since the end of the results term it has bought two more in Gravesend and Scunthorpe.

Plans for this year include an extension of its working hours through shifts, starting with the Luton site, and acquisition of new bodyshops to meet demand.

The group will also manage a network of approved repairers, who will do work on its behalf.

Chairman Michael Marx said: “We believe that our business is well placed to benefit from market consolidation, both by acquiring bodyshops where appropriate and also by taking advantage of opportunities to win additional volumes from insurers consolidating their repair base.”

Further volume growth is expected through new customers Hastings Direct and Zenith, and the extension of existing contracts with Norwich Union, AXA and Zurich.

However, it also declined to renew a contract worth more than £20 million in the third quarter of last year on the basis that it did not fit the group’s business strategy.

“The new agreements we secured over the course of 2007 will bring further benefits in the current financial year and beyond as the additional volumes are generated,” said Marx.

“We have now more than replaced the foregone volumes with significant contract wins from both new and existing customers.”

But while almost half of Nationwide’s work typically comes from its top five insurance contracts, the group is moving towards gaining work from a broader customer base.

This not only includes other smaller insurers, but fleet, rental and manufacturer customers, of which the group gained 23 new clients in 2007.

Nationwide also launched a retail sales operation last year, which achieved £1.84 million of sales during the period. Growth is expected to continue through 2008.