Was this article useful?
Click the thumbs up >
Toyota announced today that it is to start production of a Camry Hybrid model in Australia and Thailand as part its plans to increase popularity of hybrid vehicles worldwide.

In Australia the new Camry Hybrid will be going into production in 2010 at Toyota Motor Corporation Australia's Altona factory near Melbourne, with an annual target of 10,000 units. In Thailand the centre for production is Toyota Motor Thailand’s (TMT) Gateway Plant near Bangkok, where the aim is for 9,000 vehicles to be built each year from 2009.

In an Australian Government-sponsored press conference, Toyota president Katsuaki Watanabe said: "Australians are keenly aware of environmental issues, including global warming, and we are confident that the Camry Hybrid will be well received.

The conference was attended by leading members of the Australian Government, including Prime Minister Kevin Rudd.

Toyota aims to sell one million or more hybrid vehicles annually as early as possible in the 2010s and is working to put in place an optimal hybrid vehicle production system worldwide. 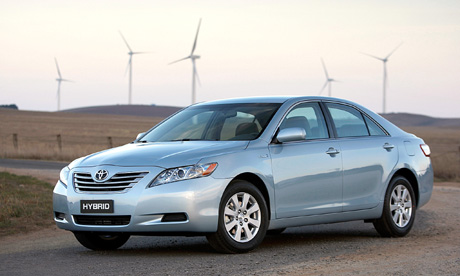