Was this article useful?
Click the thumbs up >
NAC MG UK has announced that its new TF LE500 will be priced from £16,399 when it goes on sale in September.

This means it will be priced above Mazda’s MX-5, its main competitor, which is priced from £15,750.

Dealers have been waiting for cars and prices since last September.

Despite the fact that the new TF LE500 is based on a refreshed design from 2001, NAC are confident the changes they have made have brought the model “bang up-to-date.”

The new rear-wheel drive TF will come with a 1.8 134bhp engine which is Euro IV compliant.

Gary Hagen, sales and marketing director for NAC MG UK, said: “The backing of parent company SAIC, China’s largest car maker, and the fact the LE500 has been designed, engineered and is being built in the UK, will play a major role in the car’s success.

“When it was last available, the MG was the UK’s best selling small sports car. We are confident that the indicated demand for the return of the marque from dealers, enthusiasts and most importantly new customers will see it reclaim that position.” 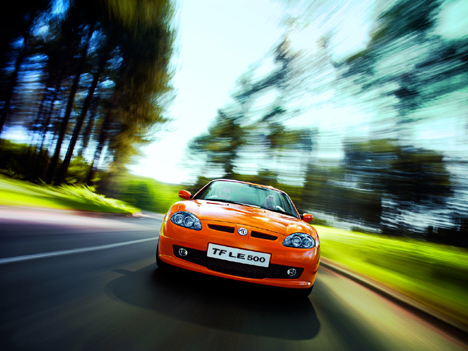