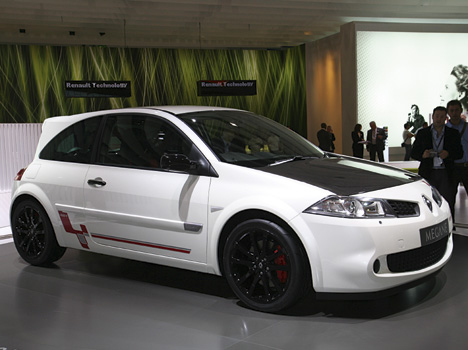 The limited edition Megane Renaultsport R26.R is intended to be an enthusiast’s icon, says Renault. UK dealers will have just 230 units when it goes on sale in October.

The £22,990 two-seater is 123kg lighter than the standard R26 thanks to a carbon bonnet and removal of radio, front fog lamps, passenger airbag, rear seats, and most of its soundproofing, A 230bhp 2.0-litre engine hauls the car from 0-62mph in six seconds.

Renault also showed its Laguna Coupé Concept, which will go on sale in November, sharing the concepts looks.

A Megane Coupé Concept will be launched next year.