BCA’s Pulse reports that September saw a dramatic increase in the number of used cars through its auctions.
Supplies of used cars rose in the month by more than 20% – the first such notable increase this year.

Communications director Tony Gannon said: “This is the most noticeable shift in market dynamics since the first days of January.

“Conversion rates have been affected by a softening in demand with dealers reporting a reduction in footfall and used car transactions as consumers hesitate in response to higher prices.”

However, each segment actually achieved an increased value independently.

However, performance against CAP fell marginally, from 100.25% to 99.87% of CAP Clean values for all stock. 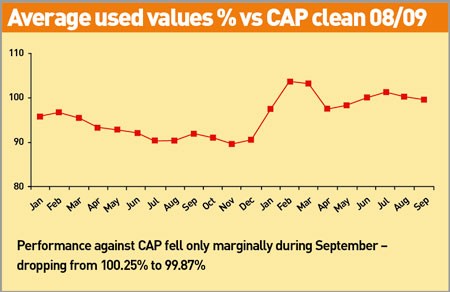