Tata prepares for European comeback in 2010

Tata is preparing for a full-scale European launch, including the UK, in 2010, with both the tiny Nano city car and a fully-revised Indica B-segment hatchback. 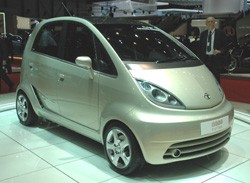 But the launch will not use the Rover brand – which Tata acquired through its purchase of Jaguar and Land-Rover. Instead, the Tata brand will be used worldwide for its small cars.

Tata chairman Ratan Tata was at the show to unveil a revised ‘Europa’ version of the tiny Nano, which will go on sale in India, priced around $2,000 (£1,420), in April.

The biggest changes to the Nano Europa are under the skin. The new Nano will be powered by a three-cylinder all-aluminium MPFI engine with a five-speed automatic transmission and electric power steering.

This will address one of the complaints about Nano – that it’s not as green as it could be. Tata said the petrol engine will provide carbon dioxide emissions of less than 100g/km when it goes on sale.

One of the other major concerns was that the Nano would not be safe enough for European roads. However, the Europa model will come with ABS, ESP and air bags as standard. It still remains to be seen how many stars it will be awarded in the Euro NCAP crash tests.

Also on show was a concept C-segment saloon, the Tata Prima. Styled by Pininfarina, it is expected to go into production around 2012, and will form part of the Tata range alongside Nano and Indica. 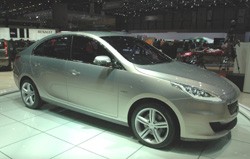