It’s that time of year again when manufacturers ply newswires with playful April Fool press releases in a bid to trick journalists and public alike.

Here’s a round up of the April Fools that have appeared today. 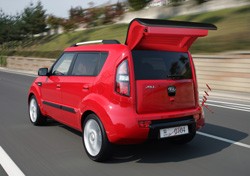 Although unveiled on the company’s stylish and fun cross-over Soul the patented system can be easily extended to all the company’s vehicles and will even be available as a bolt-on accessory for vehicles already in use.

The system relies on small sensors built into the front and rear bumpers which monitor external wind speed and deploy panels when the wind is sufficient to provide additional directional impetus according to the car’s behaviour.

Available to order from today as an option on the new, second generation Ibiza Ecomotive, the ingenious Aero-Tonto electricity generation system is set to become the ultimate accessory for green-minded Ecomotive drivers. 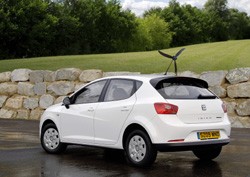 It works by reducing the need for the Ibiza’s efficient turbodiesel engine to generate electrical power, as the Aero-Tonto’s blades spin like a mini wind turbine producing enough charge to run the car’s headlights.

Hyundai is proud to announce the launch of a new i10 model specifically targeted at the booming market among world and religious leaders. The first demonstrator is due to be trialled by a German customer who currently resides in Italy. 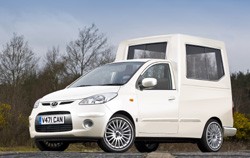 As a result, Hyundai is to build a range of specially-adapted vehicles using the acclaimed i10 city car as their basis. Powered by the new 1.2-litre Kappa engine, the special i10s produce only 119g/km of CO2 and are easier to manoeuvre among large crowds of adoring subjects.

BMW’s award-winning EfficientDynamics programme has been taken to the next level with the announcement of an innovative fuel and emissions saving system called Magnetic Tow Technology (MTT).

The unique system, developed in conjunction with NASA, works via a discreet unit located in the front valance that projects an enhanced magnetic beam 20 metres in front of the BMW.

Once a suitable target car is located and the BMW is magnetically locked on behind it, the driver is then able to take his foot off the accelerator, turn off the engine and let the car in front do all the work. The towing car will not notice any change in manoeuvrability.