Kia Motors has today released the first picture of its new Cee'd which has been updated to include the brand’s 'family face'. 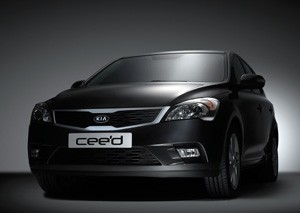 The mid-life change also includes sheet metal changes to the bonnet plus alterations to the bumper, grille and light clusters.

There have been some enhancements to the interior too in terms of specification and design including a revised centre console and upgraded audio system including Bluetooth connectivity.

Paul Philpott, managing director Kia Motors (UK), said: “Since its launch just over a year and a half ago, Cee'd has been instrumental in placing the Kia firmly as one of the top five global carmakers.

“With over 5,000 units already sold in the UK so far this year, Cee'd is currently holding a four 4% of the retail market.”

The new Cee’d will be shown at the Frankfurt Motor Show alongside two new Kia models in September.