Used car values continue to rise but growth is slowing

BCA’s Pulse report for June shows that average used car values are continuing to rise – but in smaller increments.

Average auction values rose for the eighth month running, reaching £5,850 compared to £5,773 in May.

Nearly-new values improved by £1,690, but this was largely due to a spike in the volume of premium cars sold in this sector during the month.

Volume product performed strongly with a 2.3% value increase in June.

Their values have improved by £1,247 this year, equivalent to a 31% increase in six months.

With demand for affordable transport staying high, values have increased in the part-ex market for seven consecutive months 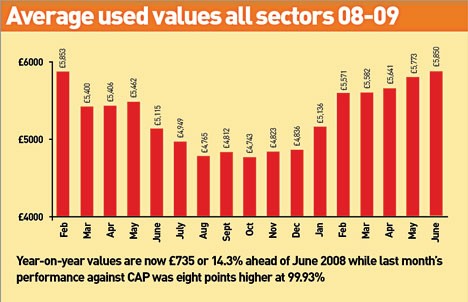