Much of this was due to a change in model mix that saw a greater percentage of higher value nearly-new cars sold, combined with a seasonally stronger market in the run-up to Christmas.

Values remain well ahead year-on-year by £1,352 (a significant 27.9% increase), although as prices were beginning their recovery 12 months ago, it is likely that this figure will reduce in the months ahead.

Tony Gannon, BCA’s communications director, said dealers can expect a further uplift in activity in January but the sustained price rises of 2009 are unlikely to be repeated this year. 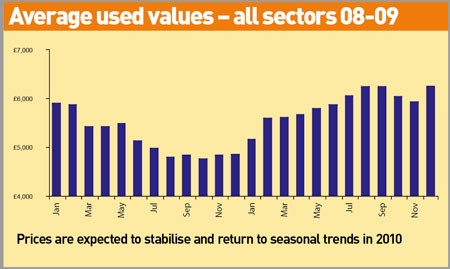