Rybrook Holdings Ltd has revealed designs for its new McLaren Birmingham showroom – the central UK sales site for the new McLaren MP4-12C, the first in a range of sports cars from McLaren Automotive.

The new development, designed by Leamington-Spa firm AT Architects Limited, will be on Stratford Road in Hockley Heath and will host model ranges from both McLaren and Rolls-Royce when officially opened in the spring.

David Tibbetts, sales director said: "Our new showroom is designed to create the perfect environment to represent McLaren and the stunning MP4-12C, as well as offering a customer experience as revolutionary as the car itself."

Rybrook Holdings Ltd represents McLaren as McLaren Birmingham, one of only three McLaren retailers in the UK, focusing on prospective clients in the central England and Wales.

Rybrook joins a global network of 35 of the world’s automotive retailers responsible for selling the all-new MP4-12C and future McLaren Automotive models. 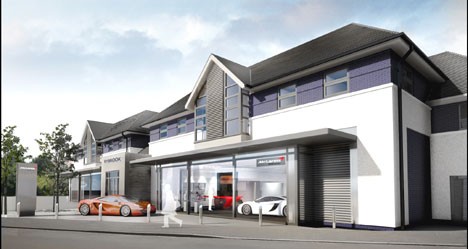 Following the March 2010 launch of McLaren Automotive as a brand new British sports car manufacturer, over 2,700 potential customers have expressed a ‘serious intention to buy’ the first car, the MP4-12C. 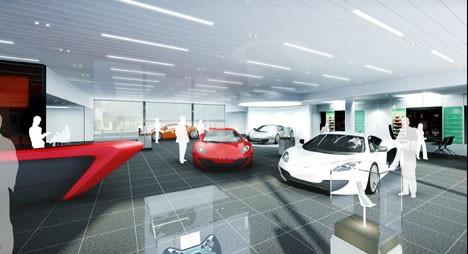