Aston Martin has been named the UK’s coolest brand, winning the accolade for the fourth time in five years. 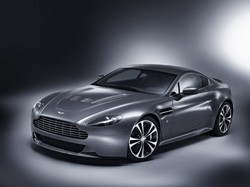 Since it was established in 2001, the CoolBrands initiative has sought expert opinions from a panel of industry specialists and consumers, defining which brands combine "desirable products with a dynamic, innovative public image".

Aston Martin topped the poll which included brands like Apple and Bang & Olufsen. Harley Davidson, Ferrari and Mini were the other automotive brands to make it into the top 20 at 6th, 9th and 16th place.

The judging process involves an assessment of 10,000 brands, which are then further whittled down to 500 'CoolBrands', from where the ultimate top 20 is compiled.