Hyundai will launch a three-door coupe called the Veloster in Europe later this year. 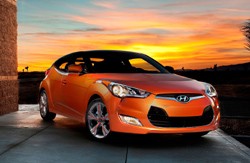 The new model was shown for the first time at the Detroit Motor Show today. The Veloster differentiates itself from traditional coupes by having a three-door configuration, which includes a rear door on the passenger side.

Allan Rushforth, senior vice president and COO of Hyundai Motor Europe, said: “The new Veloster goes a long way to solving the inherent compromise of traditional coupe design, which sacrifices comfort and convenience for style.
“We expect it to attract new customers to the brand when it reaches the European market later this year.” 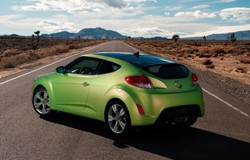 Hyundai has confirmed the Veloster will be offered with a five-year unlimited-mileage warranty, five years’ roadside assistance and five years of vehicle health checks.

More details on Veloster, including engine and specification for the European market, will be available nearer the time of its European motor show premiere in Geneva in March.