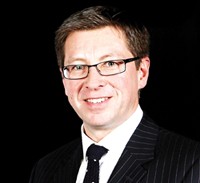 Kidd, who takes the reins from David Manchester of Charters Motor Group after six years in the role, has been chairman of the council’s northern region for four years.

The Peugeot dealer council serves as a liaison point between Peugeot UK and its dealer network, with regional groups and a nationwide council meeting with Peugeot to contribute on all matters concerning the dealer network; from model launches and marketing initiatives to finance and commercial matters.

Kidd said: “In my 10 years as a Peugeot dealer, I have not known a more positive and co-operative working relationship between Peugeot and its dealers.

“I can only hope to try and match the tireless work of David Manchester in helping to bring that about over the course of his chairmanship.

"Peugeot is definitely moving forward as a brand and I hope I can build on that and help make the Peugeot franchise one of the strongest in the market.”

Rod Philpot, director network development and quality at Peugeot UK, said: “We have been very fortunate to have someone as committed and determined as David Manchester representing our dealers for so long.

“He has earned huge respect from his peers and from everyone here at Peugeot. We are equally lucky to have someone as well-liked and experienced as Chris Kidd to represent the dealer network as we push forward with ambitious growth plans.”