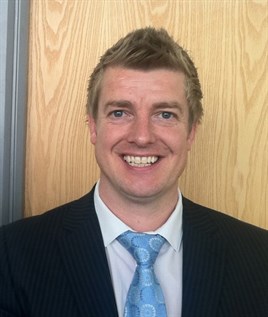 Hartwell has appointed Alwyn Harris (pictured) as its new general manager at its Vauxhall site in Kidlington, Oxfordshire.

Harris took up his appointment with the dealership following nearly 15 years spent working for major companies in the motor industry, eight of which have been in senior management posts.

Since joining Harwell, Harris has wasted no time in restructuring the team at the large Vauxhall site in Kidlington Motor Park, Langford Lane, and new appointments include a new car sales administrator to assist with the demand for new vehicles, a business specialist to head Hartwell’s business centre, a new sales executive and a business manager assistant to help with an increase in demand due to the launch of Vauxhall’s Flexible Finance scheme.

Adam Bridgeman will head the dealership’s new Business Centre which has been created to cater for customers ranging from sole traders to major fleet users requiring large numbers of cars and commercial vehicles.

Harris said: "This is a challenge I am very much looking forward to taking on. Hartwell is a well-established business with close ties to the local community and to its customers. We also supply vehicles to Oxford United FC.

"Thanks to the restructuring the dealership is now able to provide for every need of the motorist, plus quality new and used car sales."