Gizmos can be icing on the cake in terms of profit 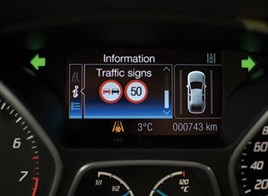 The age of the gizmo is upon us.

Car dealers are no longer just selling cars, service and parts; they need to be able to upsell a huge variety of new technology toys and driving aids.

The convincing salesman needs to be on the ball with Bluetooth, satellite navigation, stop-start and host of other features that have only come to life in the last couple of years.

New profit sources have never been more necessary. Loading the car from the options list is the best way to make a sale lucrative.

Ford, in the volume sector, has taken a leap forward with gizmo packs on the new Focus.

Ford has decided to bundle those goodies and offer them in a package.

But the star turn without doubt is the automated parallel parking. “For our new customers that really has the wow factor,” said Allen Ford salesman John Wilson.

Some features that have been around for years are still turning up as novelties on the cheaper cars and cause just as much of a stir.

Power fold mirrors have been on high-end cars, but for those motorists seeing them for the first time the reaction is very good.

Ford decided to sell all the innovations in a pack for £750.

Does the gadget-fest not make the sell that much harder because there is so much unfamiliar technology to be covered? “As a salesman you can never have too much to talk about. And they are not really gadgets. Most of the list is safety-related,” said Wilson.

Generally there is far more technology than will ever be used regularly. But the other side of the coin is that the offerings provide something for everyone.

Jaguar largely serves this middle-age market and will do for a while yet as Tata seeks to work the miracle on the range.

Wilson meets many buyers who have very decided ideas as to what they must have and what they really don’t want, or need, or wish to pay for. “For some people, things like split folding seats or heated front seats are a must and the technology is secondary.”

When it comes to the split information screen on the XJ dashboard there is much less interest than in split seats.

The device has clever optics such that the driver from his angle can see only the navigation aid; the front seat passenger can watch a film on the same screen, but from the other angle.

Jaguar salesman Clive Carrol said that this novelty is not well used.

More popular is the hard drive which allows storage of whole music collections which only ever need to be brought out of the house once for processing.

There is a high rating for the sensors which check that a speeding car remains in its motorway lane. If it strays, an alarm alerts the driver.

People like that and rate it as a passive safety system.

Maybe the driver has never strayed out of lane but most know that they have felt like nodding off at the wheel and like to know that there is a higher authority remaining vigilant.

The Bluetooth plumbing for a hands free phone is now a must-have.

Carroll likes the cascade of new technology. It’s good for business. What he doesn’t like is the market: “It is very tough”.