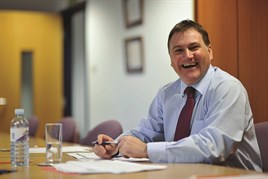 Close Motor Finance (CMF) has appointed a director with the sole job of forging links with vehicle manufacturers as part of a three-year expansion programme. A first announcement is expected soon.

Chris Reid, manufacturer development director, previously handled the role as key accounts director. He said the split was because of a growth in the key accounts role and manufacturer relationships were now a high priority.

CMF, which reported a 34% year-on-year increase in loans during the 12 months to July 31, is part of the Close Brothers financial services group.

Reid said: “Following the appointment of Harvey Stead as sales director, and Chris Pepper as key accounts director, we are in a strong position to add value to UK manufacturers.

“We are a long way down the negotiation path with one car manufacturer and are talking to several others.”

“We are not a rigid credit-score driven business and instead consider individual cases on their own merits. Ultimately, this means that more cases are converted into agreements.”

CMF provides funding for all Suzuki GB’s new motorcycle finance campaigns and claims “a good relationship” with its 80-plus franchised dealerships for their used bike sales.