The headline for one of these commentaries in 2010 was “doubt and uncertainty rule for the year ahead”.

There was guarded optimism for 2010, but some reservations about the remainder of the year and for 2011. All things being equal, this was probably a reasonable assessment.

However, as 2011 has developed, conditions have become more and more challenging, with profit warnings being issued and probably more to come.

As the research for this update neared completion, the Euro crisis deepened and the threatened referendum in Greece on the terms of the Greek bailout added to an already uncertain situation.

Throw in Italy, and Europe has deep issues.

What is now likely is that any recovery will be extremely slow.

This is clearly an opportunity for those who, to use the well-worn phrase, mended the roof while the sun shone. We have already seen quite a number of rationalisations, closures and changes in ownership.

There will no doubt be quite a few more before things get better.

It is also a time to be continuously examining the business model closely.

Carrying on as before is not going to be an automatic strategy for success, management has to adapt.

The statistics for various aspects of development of the industry, some of which we are showing here, introduce a number of interesting trends. One of particular interest is the part people play in the industry. 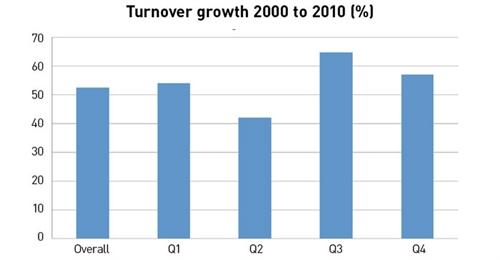 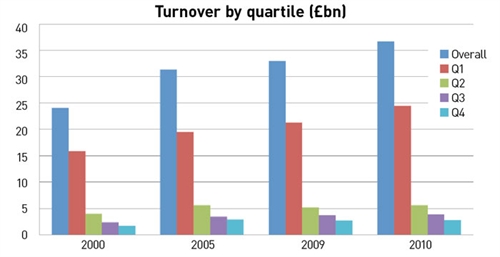 The survivors of the initial shock of the 2008 recession emerged, through necessity, with fewer staff.

However, the chart recording the total employees over the decade shows how little staff numbers have actually changed.

The total has fluctuated fairly closely around the figure of about ninety thousand. 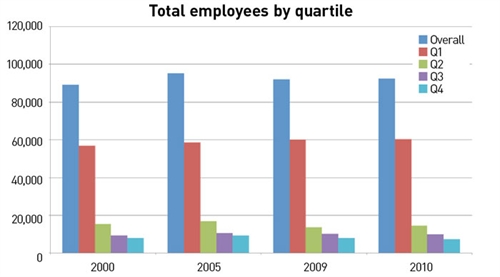 What has changed is the average turnover per employee. This has risen from about £270k per individual to over £390k, an increase of over 40%.

It could be reasonable to argue that this is an inevitable, and welcome, result of progress. 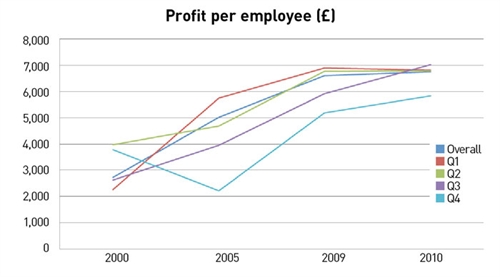 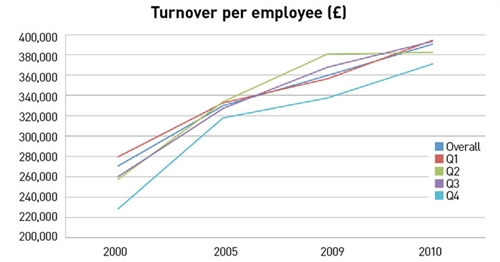 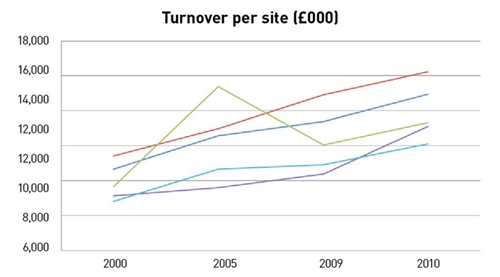 Systems have got smarter over the 10 years or so. People can work more efficiently, you could say. More and more operations benefit from automation, or computerisations, with a similar outcome.

Customers do more of their information gathering on-line and need face to face contact less. Facilities have grown bigger and so it is easier to run sites with the “correct” number of people, as opposed to having to accept duplication, just to have cover for sickness, holidays and to cope with peaks and troughs in activity.

In which case, you would expect profit per employee to have risen as well. Which it did in the first half of the decade. However, over the last half, the improvement has flattened out, albeit still increasing modestly

It would be easy to argue that this too is inevitable. The early improvements are the easiest and it gets more difficult as time passes. The economic cycle plays its part, margins have been under pressure recently and surely progress on effectiveness will resume.

This however is to ignore the underlying reasons and also to ignore the lessons we might learn from those whose performance has bucked this trend. The charts here are, after all, averages, which hide the variations that provide the real nuggets.

Many businesses are structured to see cost as the principal problem, and thus the primary line of attack.

The largest cost is people, and therefore headcount rationalisation is the way to safeguard profit.

This leads to a process where an increase in a dealership’s activity creates overload, site management ask for more resource, a business case for additional headcount has to be argued over at length and eventually a small amount of additional resource is eked out.

The result is that while turnover per employee does increase, value to the customer does not.

Since it is customer value creation that, amongst other things, keeps customers loyal, reduces price sensitivity and thereby provides profit, it is hardly surprising that profits growth in the existing business model seems challenging.

Of course there has to remain a balance, as excess cost eventually kills a business. 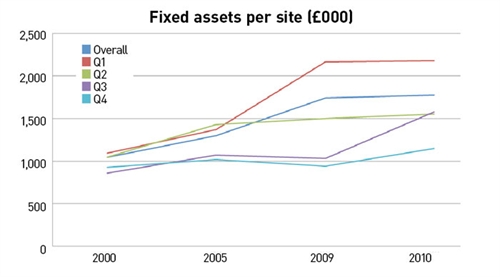 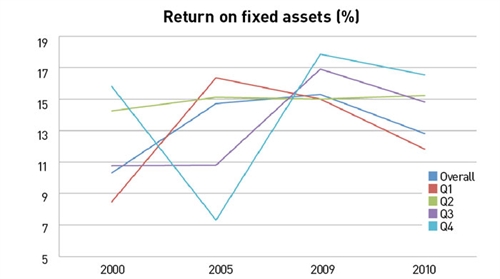 One thing many of them have in common is that they have more people per outlet, less turnover per person and less profit per person than the less successful businesses. But they make a better return overall.

This equation is observable in many other industries. It is not some strange phenomenon of the perceived uniqueness of car retailing.

It underlines the fundamental truth that it is people who produce value and that reducing the number of people has the inevitable consequence of reducing value, burning customers and making less profit from those that remain.

The same applies to “systemisation”. A graphic example of this is the proliferation of computerised applications you can add on to your DMS to “make life easier” for staff and to “improve control”.

While many of them may indeed be “good ideas” it is often less than clear what problem they are really solving.

And even less clear is the linkage to customer value. The perceived problem may indeed be aided by the application, but far too often the question “why are we having this problem in the first place?” is not asked.

And even less frequently is there clear evidence of structured problem solving being applied to arrive at an improvement.

This is a critical time.

Uncertainty in the economic outlook and slower than expected  recovery in consumer confidence is likely to produce increasing pressure to examine the cost base, once again.

While some jobs is better than no jobs, cutting the value producing resource is not the sole and exclusive answer.

Surviving and prospering means being the business that they trust to deliver the value.

The principal of right people, right job we have referred to before is still the best mantra to find success.