No eco sub-brand for Mazda 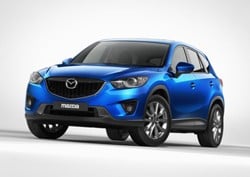 Mazda will not have a Skyactiv sub-brand because sub-brands like Bluemotion or Econetic for lower CO2 models is confusing to consumers, Phil Waring, chief operating officer, Mazda Europe, believes.

"What BMW has done with Efficient Dynamics and what Mazda will do with Skyactiv seems a more logical way to go," he said, speaking to Headlineauto at the launch of the upgraded Mazda3.

Mazda is also too small to have Skyactiv as a sub-brand. "We can't afford it," he said. An eco sub-brand means that, by definition, those cars will be in showrooms alongside ‘non eco cars' further adding to buyer confusion.

"Buyers understand the benefits of fuel economy," he said and that will be the message the company wants to get across as it gears up for the launch early next year of the CX-5 compact crossover and the first of what Mazda calls its sixth generation products.

"Our priority is Skyactiv and between now and 2015 every Mazda will have it" said Waring, adding that it's not very often a company gets to launch an all-new model with no carry over parts from previous vehicles.

The launch of CX-5 will be supported by television advertising. Waring believes that a good TV commercial "should entertain, not sell" and promises that Mazda will build on its theme of defying convention.

He points to how both Apple and Dyson have done things differently and been very successful, noting that "having a Japanese car company with character is unusual."

It makes its thinly-disguised debut as the Takeri concept at the Tokyo motor show at the end of this month.