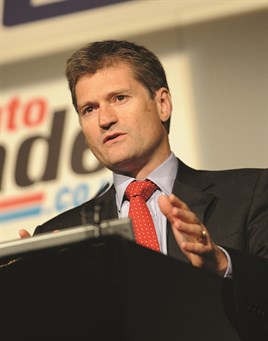 Glass’s has appointed Michael Bergmann as its new UK managing director after previous MD Andy Caroll (pictured) left the business at the end of October.

Bergmann is also EurotaxGlass’s managing director for Germany and will continue in that position. This appointment will see him expand his responsibilities to include the overall running of Glass’s in the UK too.

AM understands he left Glass's due to “management differences”.

Bergmann said: “Over the next 12 months we will be strengthening our sales division, launching a new range of decision support tools for dealers and delivering next generation valuations.

“All of this, combined with the recent re-launch of our online consumer valuations website, puts Glass’s in a strong position in the market.”

Canadian born Bergmann practised law in Toronto until 1992, he then gained an MBA in Switzerland, following which a move into the automotive industry saw him hold various management positions within General Motors Europe. Prior to joining the EurotaxGlass’s Group three years ago, Bergmann was managing director for Mazda in Germany.