The Ford Fiesta overtook the Vauxhall Corsa to become the nation’s favourite used car in 2010, according to new analysis from Experian.

Joe Myers, automotive general manager at Experian, said: “Our analysis shows that affordable smaller vehicles continue to be the most appealing to motorists shopping in the used car market.

"The success of the supermini segment can be put down to increased consumer interest at the value end of the market and greater demand for more fuel efficient vehicles over recent years.” 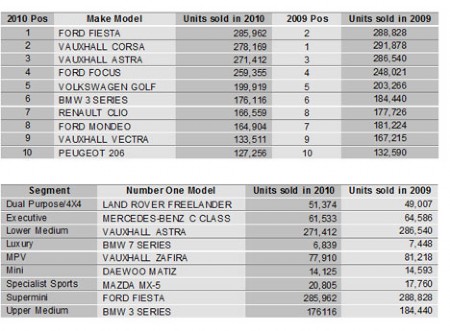